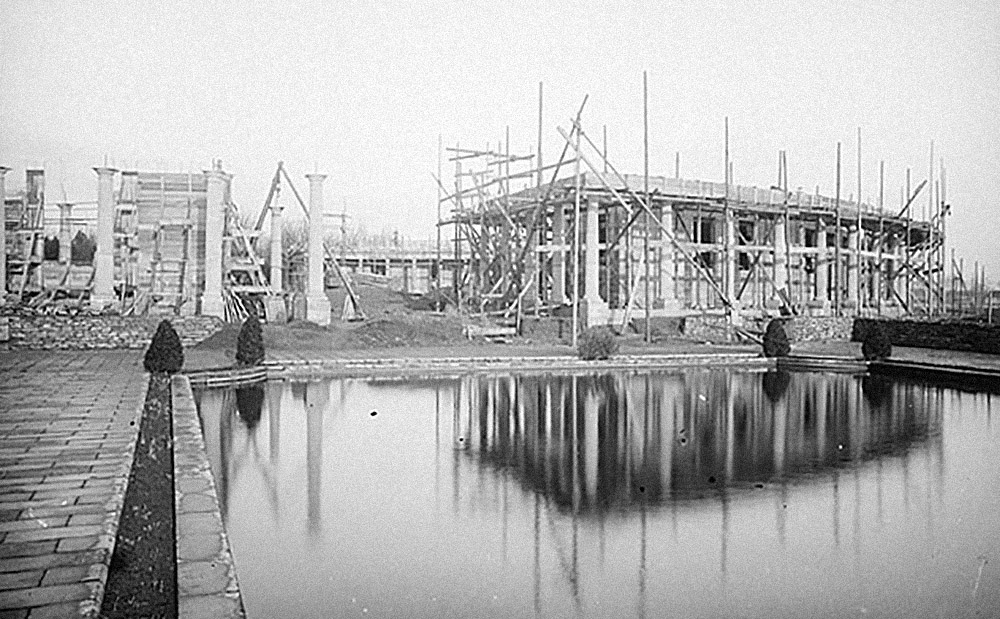 Captain Arnold Edward Sandys-Winsch (1888 – 1964) was born in Knutsford, Cheshire. He attended Cheshire Horticultural College, becoming a landscape architect, and was articled to the renowned landscape architect, Thomas Mawson. During the 1914-1918 world war he was first with the Royal Field Artillery, then attached to the Air Service as a pilot and was finally with the British Army of Occupation.

In 1919 he became Parks Superintendent in Norwich, a post he held for 34 years.In the early 1920s it was proposed that he use men unemployed after demobilisation to help construct some of the Norwich parks, a job he clearly carried out with dedication and meticulous attention to detail. At the time Norwich had very few open spaces (Chapelfield Gardens was one of them) but when he retired Norwich had about 600 acres of parks and open spaces.

Sandys-Winsch also created model allotments and organised the planting of some 20,000 trees in the parks and streets. Norwich Corporation sought to provide for the recreational needs of Norwich citizens and the Captain proved just the person to turn their vision into reality.

Because of his army career, he seems to have taken a rather military approach to the task of creating parks in Norwich but there is no doubt that, in his time as Parks Superintendent, he changed radically the appearance of Norwich and created green spaces on a huge scale for the future enjoyment of everyone. We should remember him for this.

Sandys-Winsch was also a national authority on growing and judging daffodils and an active member of the Norfolk and Norwich Horticultural Society. Read more in The Captain and the Norwich Parks, by AP Anderson, illustrated with photos by Sarah Cocke. Published by and for sale from The Norwich Society. http://www.thenorwichsociety.org.uk/