Get in to Croquet 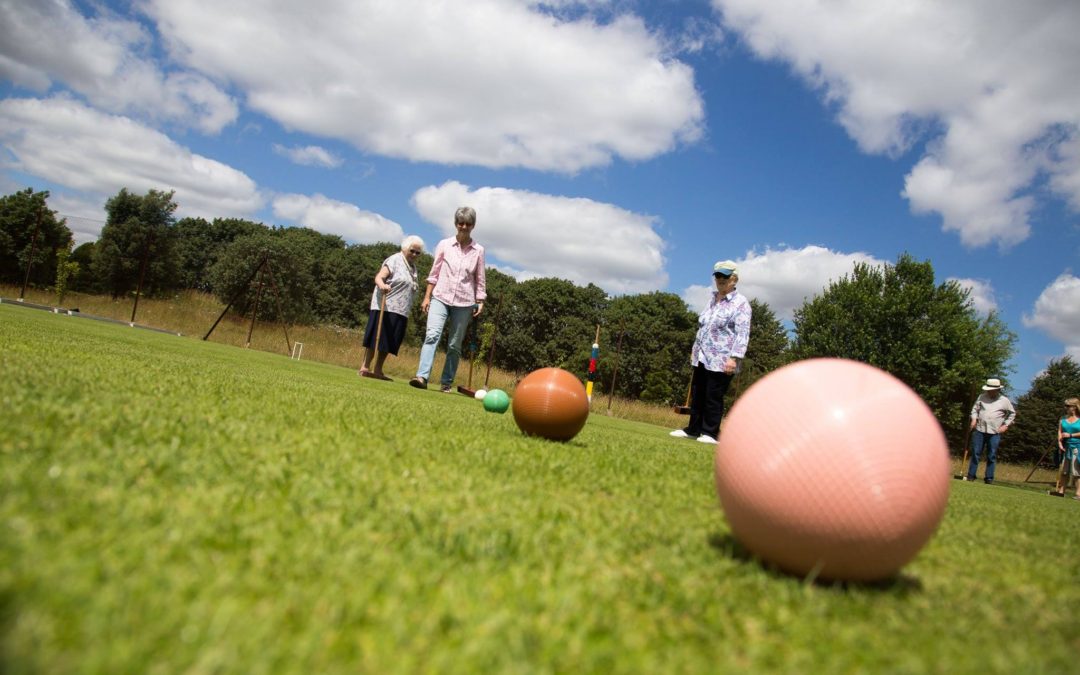 Croquet is one of those activities that struggles with a reputation for being elitist.  This is probably due to the fact that a decent sized (and flat) garden is needed to be able to play at home, and clubs are few and far between.  Luckily for those of us in Norwich there’s an excellent facility near the model boating lake run by Norwich Croquet Club where visitors and new members are always welcome.

The traditional form of the game is known as Association Croquet.  Described as being ‘like snooker with mallets’, it’s a game that requires great skill and tactical nous.  It’s possible for a player to build a break (as in snooker) and matches can take many hours to complete.  There is a strong core of Association players in the club and mini tournaments are held every second Monday throughout the summer.  Also there is the occasional weekend tournament attracting players from across the country to compete.

A more accessible way into the game is the variation known as Golf Croquet.  The basics can be picked up very quickly and newcomers will be playing within fifteen minutes of first picking up a mallet.  Usually played by two teams of two it’s a very sociable activity and a game typically takes half an hour to complete.

Of course it’s possible to develop with practice, and formal and informal coaching sessions are held for those who want to improve and eventually compete in league matches against other clubs.  Many members however are content just to turn up for one of the club mornings (Tuesday, Thursday and Saturday from 10am) meet up with friends and play a few fun games.

Why not give it a try?  Find out more at www.norwichcroquetclub.talktalk.net , or just turn up for a club morning.  You’ll be assured of a warm welcome.